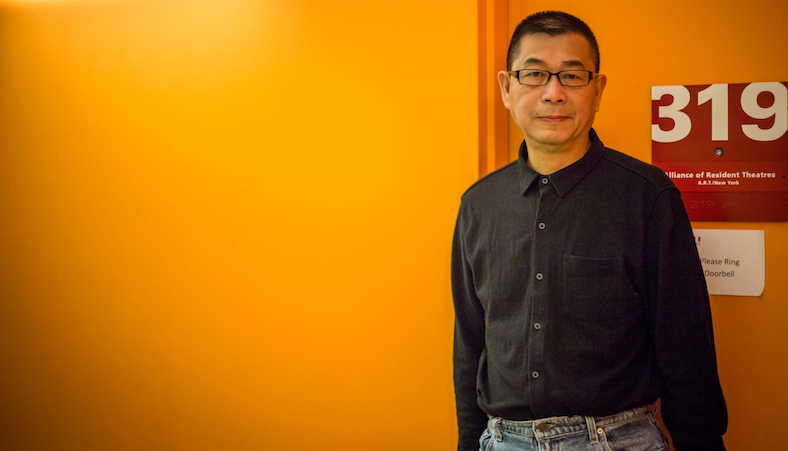 Written and directed by the famous theater artist, painter, designer, director K.K. Wong, The original Mandarin drama Midnight Kill now is on the final rehearsal stage. The play premieres on May 6 at Theater for the New City, 155 First Ave., New York. It is a great opportunity that I have interviewed with K.K. Wong in the rehearsal studio on April 21. 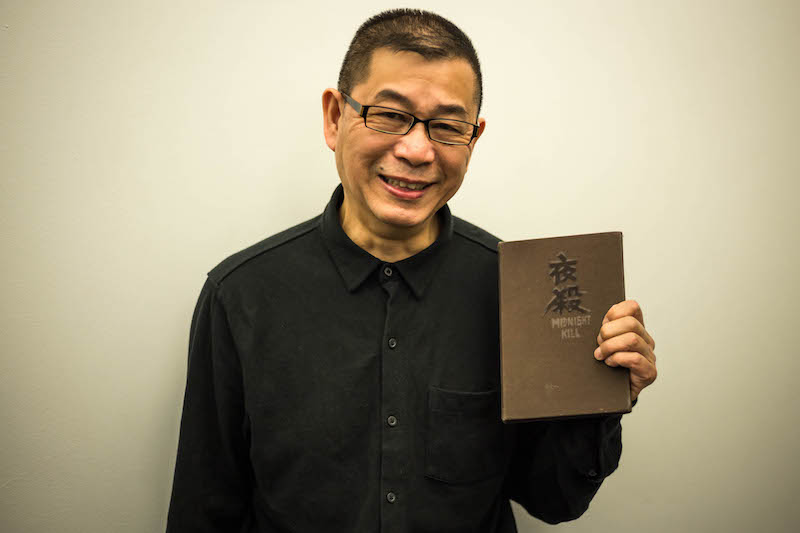 You’ve engaged in dozens of movies, including From China with Love, God of Gamblers’ Returns, and Burning Paradise in Hell. You also worked with Stephen Chow, Yun-Fat Chow, Tony Leung and other actors, what do you think of these experiences?

I would prefer the movie Burning Paradise in Hell. Moreover, every actor has a unique characteristic, for me, I was mostly influenced by Stephen Chow and Yun-Fat Chow in the God of Gamblers’ Returns. I have learned from them since I did not have an acting background and I worked behind the scenes.

You played in many films and also did set design for some epic dance drama, this time, you directed and designed the scene, how do you feel?

I used to be directed as an actor; conversely, I lead others to play. Fortunately, the experience I had before is a big help for my job now，isn’t it?

Yes. So what is the biggest challenge this time?

Time is not enough. Because our theater company is small with limited funding, and conditions. However, our team will make it best for a short period. I used to work with a professional team from Hong Kong, Taiwan, and overseas). This production is quite small, but I have the same passion, and actors from Hong Kong and Taiwan are professional on stage when to play.

Did you get inspiration from your former life?

The whole story is based on my experience in down to village movement 45 years ago. The thing surprised me was that young people in the same team that time forgot the story when I asked, that means such a great event even someone did not have attention. I think some extent the fate make me pay attention to it. Some main characters I have been seen before, so it is kind of true story.

From the perspective of humanity, I’m trying to find out the inside stuff of that woman（Heroine in the drama). I didn’t have real contact with her and never seen her before, and no path to get to her inner world. However, coincidently by destiny, I knew someone linked to her, especially the judge officer in Public Security Bureau. It is the officer allowed me to move to Hong Kong and mentioned that case by chance. So I think there is something making sense, the person who killed her also make sense, right? And they were a couple and had a child. The man and the woman have a love story; both have points that I can discuss further. The highlight is this murder case of sentiment, the different explanation in that age of love, anger, sadness, and evil even it’s wrong. What is the ending? I want to leave some suspense and you can check at premiere night.

The Midnight Kill tells a story of five rural teachers in China’s Proletariat Cultural Revolution. How did you make set design of this drama special?

I have one idea. That era was about Cultural Revolution, people virtually had no private life. So I designed it to the whole room is transparent, even the walls. People sleeps that everyone can see, just like the feelings of big brother in Nineteen Eighty-Four. Chairman Mao was everywhere. It was an invisible pressure in what you’re doing, laughing and crying, you can investigate, even shown in a love letter that contains none of the love words, all about politics. But that time also conveyed feelings and delivered babies; that’s the feature I want to introduce in my drama.

Do you plan to write more dramas?

Temporarily not, because the story has to impress me, and also can influence someone else. This kind of interesting story is not much.

Is this drama representing your masterpiece?

I don’t know whether it will represent, but to date, I am getting older and having this chance by sudden should be a new start for me. Many people know me as an actor, designer, never director, I’ll have a try.

AsianInNY.com is New York’s leader in Asian networking and a multi-cultural entertainment site. AsianInNY has established itself as the premier social and cultural authority for Asians in New York City. AsianInNY maintains the highest standards in providing reliable online content and producing live offline events. AsianInNY seeks to inspire, educate, and connect our community, using a versatile platform that engages our audience via a multi-layered digital presence that showcases the best of New York City. Our pages are updated daily with a rich cultural mix of news, events, interviews, and more. AsianInNY: Connect with Everything Asian!