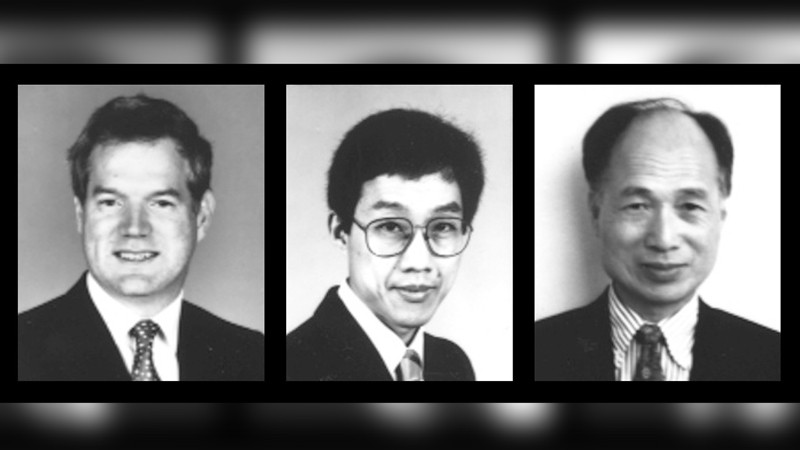 Virologist Qui-Lim Choo spent much of the 1980s working from 8 a.m. until 11 p.m., 7 days a week. The work was frustrating: he and two colleagues were hunting for a deadly virus that was contaminating blood supplies, and the search had stalled. Every day that passed without a way to test for the virus meant more people becoming infected. And every day was another chance for the company where he worked to terminate the project — and, with it, his job.

For his collaborator, George Kuo, it was also a time of late nights and missed family dinners. Once, Kuo remembers, his car broke down on the San Francisco-Oakland Bay Bridge while he was driving home at midnight.

But both say that the time was among the best of their lives. “It was a difficult time and a lot of work,” Choo says. “But very happy.” Ultimately, the search was successful and the team identified the hepatitis C virus (HCV). The finding led to a way to screen blood for the contaminant, and a drug regimen that cures most people with the infection. 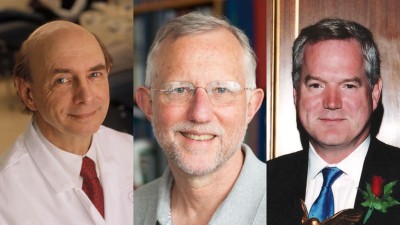 On 5 October this year, Choo’s supervisor on the project, Michael Houghton, was awarded a share of the Nobel Prize in Physiology or Medicine for the identification of HCV. Choo and Kuo were not among the three recipients, who also included Charles Rice at the Rockefeller University in New York City and Harvey Alter, formerly at the US National Institutes of Health in Bethesda, Maryland. A Nobel prize is considered the highest honour in science. But for Houghton, receiving the prize — and other prestigious awards — has prompted mixed emotions. “It’s sweet to get them,” he says. “But it’s a bitter taste, because they don’t acknowledge the whole team directly.”

Houghton has long campaigned for his two colleagues to be recognized for their work on HCV."Without their input, I doubt I would have succeeded," he told reporters at a press conference after the Nobel announcement.

‘The University of Chiron’

Houghton launched his hunt for the virus in 1982, at a biotechnology company called the Chiron Corporation in Emeryville, California. The firm had been nicknamed ‘the University of Chiron’ for its academic pedigree and its reputation for pursuing cutting-edge science.

At the time, blood transfusions tainted with HCV were infecting160 people in the United Stateseach day. Left untreated, the virus can damage the liver and cause liver cancer. Today, despite the availability of blood-screening methods and treatments, the World Health Organization estimates that 71 million people around the world are still infected with HCV.

By the mid-1970s, researchers had ruled out two known liver-damaging viruses, hepatitis A and hepatitis B, as the mystery contaminant. But without having determined what was infecting the blood-transfusion recipients, scientists referred to the blood-borne disease by what it wasn’t: ‘non-A, non-B hepatitis’. 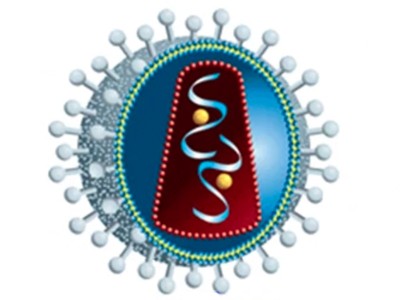 The remarkable history of the hepatitis C virus

These were the days before the widespread use of the polymerase chain reaction (PCR), which provides an easy way to amplify DNA. The idea of sequencing a novel virus within weeks of its emergence — as happened for the SARS-CoV-2 coronavirus earlier this year — was unthinkable. Houghton began screening for viral nucleic acids using samples from infected and uninfected chimpanzees supplied by Daniel Bradley at the US Centers for Disease Control and Prevention in Atlanta, Georgia.

Choo joined Houghton’s lab in 1984, and the two became friends. The search for the contaminant was hard work, and for years the team came up empty-handed. As the lab supervisor, Houghton had to update Chiron’s management team every six weeks. Some members of the team made it clear that they felt the project was wasting money. “I was frequently under the threat of getting fired,” says Houghton. “But my thinking at the time was: what else better was there for me to do?”

In the lab next door to Houghton’s, Kuo, who had joined Chiron in 1981, was running a project studying a medically important protein called tumour necrosis factor.

Several years into their search, Choo and Houghton had screened tens of millions of genetic sequences, but found no hint of the elusive virus. One day, seeing Choo’s frustration, Kuo offered some advice: the team needed to change tack. The levels of virus were simply too low to detect with the techniques that they were using. Kuo suggested harvesting fragments of RNA from infected samples, and expressing them in bacteria to amplify their abundance. The researchers could then screen these ‘libraries’ using antibody-containing serum from people infected with non-A, non-B hepatitis. The hope was that infected people may contain antibodies that could recognize viral sequences, allowing the researchers to fish out such sequences from the library they constructed.

Bradley also recommended the approach, but it seemed risky — antibodies against a non-A, non-B hepatitis virus had never been isolated — and Houghton hesitated. But in 1986, Kuo convinced him to give it a try, helped to design the protocol and joined in the effort.

The team of three worked around the clock. Houghton would prepare the libraries from serum taken from infected patients. He would spin the sample in an ultracentrifuge to harvest the DNA and RNA that he needed in a gluey pellet at the bottom of the test tube. One day, his preparation seemed to have gone wrong. “I got this really weird, oily nucleic acid extract,” he says. A research assistant advised him to throw it down the sink.

Houghton used it anyway. Shortly afterwards, Choo struck gold: in the library made from Houghton’s oily extract, he’d found a snippet of nucleic acid that seemed to come from the virus.

Using that snippet, the team was able to fish out adjacent sequences from the viral genome, and ultimately pieced it together. Kuo immediately used the information to design a test that could screen blood for the infection. In 1989, the team published two papers in Science, one describing the isolation of the virus1 — which they named hepatitis C — the other outlining the screening procedure2. 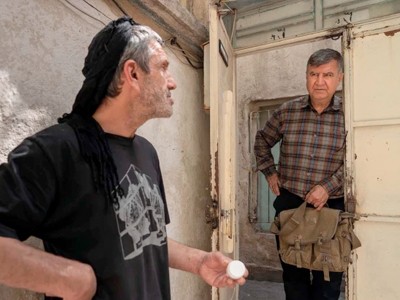 Global elimination of hepatitis C virus by 2030: why not?

The discovery was big news, but when Choo presented the research at scientific workshops, no one knew who he was: “I overheard people whispering, ‘Who’s that guy?’” he says. It’s all part of lab hierarchy, he says: while Houghton, as the lab supervisor, had been busy dealing with “the outside”, Choo had been tucked away working at the bench.

By then, Kuo’s test had already been deployed: in late 1988, Hirohito, the emperor of Japan, became the first person to receive blood that had been screened using Kuo’s method. Japan licensed the technique for broader use in 1989, and the United States followed in 1990.

The discovery of HCV also paved the way for a treatment. In 2014, the US Food and Drug Administration approved a drug regimen that cured the infection in more than 90% of people. Several teams are now working to find a vaccine.

Several prestigious awards have since recognized the various scientists behind the discovery of hepatitis C. Many have honoured Houghton, and he convinced some to also recognize Choo and Kuo. In 2013, Houghton took an unusual stand when he declined the prestigious Gairdner Award, which comes with a Can$100,000 (US$75,000) prize. He had hoped to persuade the Gairdner Foundation, which also awarded the prize to Bradley and Alter, to include Choo and Kuo. When the foundation declined, Houghton walked away from the prize and the money.

Houghton says that he accepted the Nobel prize, however, because he had no hope of changing the long-standing rule that limits recipients to three. “It spoiled a little bit the whole discovery as soon as the awards came into it,” says Houghton, rattling off the names of more than half a dozen other scientists who contributed to the discovery or did later work on hepatitis C. “All of these brilliant people deserve recognition.” 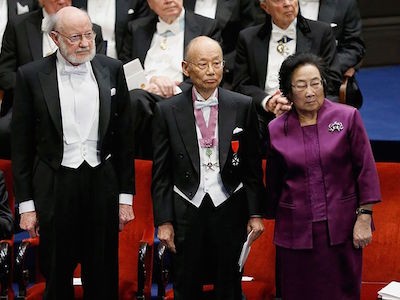 What the Nobels are — and aren’t — doing to encourage diversity

“This is a real collaborative effort of many, many people in the field,” says virologist Ralf Bartenschlager at the University of Heidelberg in Germany, who was considered by some to be a contender for a Nobel prize for his work on HCV. Kuo, Choo, and Bradley made important contributions, as did other researchers, he says. But Bartenschlager says that the way the Nobel Prize Committee divided up the award is understandable: Alter's work showed that the mysterious non-A, non-B hepatitis could be transmitted from the blood of affected patients to chimpanzees; Houghton's team identified the virus; and Rice and his colleagues demonstrated that HCV alone could cause hepatitis.

When news of the Nobel prize broke, Kuo says he did feel disappointed. “Limiting the number of awardees may be outdated in today’s world of collaborative and team-based science,” he says. But he adds that prizes were never the goal. “I was motivated by a dream that I could make a difference in helping people worldwide — and, in many cases, saving their lives,” he says. “I also wanted to teach our children how important it is to work hard on something that you feel passionately about.”

When asked how he felt when the Nobel was announced, Choo begins to cry. “I am happy,” he says. “Very happy.” The fact that his name was not on all of the prizes has done nothing to detract from the knowledge that his work has helped to save many lives and shape a generation of molecular virologists and clinicians. “It’s my baby; I’m so very proud,” says Choo. “How can I not be proud?”