According to a new report from law firm Haynes and Boone LLP, bankruptcies in the upstream sector are increasing this year as energy spot prices remain subdued amid a cyclical downshift in the economy.

So far, 26 exploration and production (E&P) firms have filed for bankruptcy through mid-August, with debts totaling $10.96 billion. The firm noticed a surge in bankruptcies began in May, following a -23% correction in WTI prices from mid-April to mid-June. 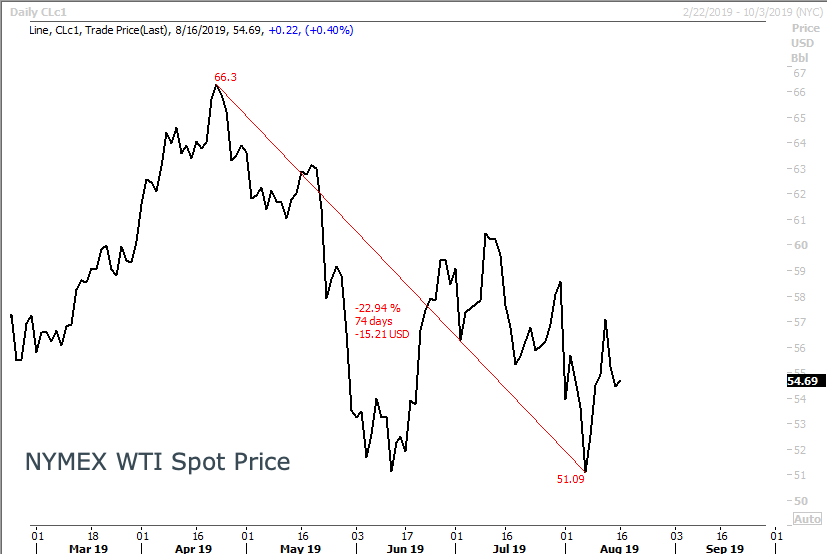 In 2018, 28 E&P firms filed for bankruptcy, posting $13.2 billion in debt, while 24 firms asked for protection in 2017 with $8.5 billion in debt. The firm points out that insolvencies in the energy patch are gaining momentum.

So far this year there has been an uptick in the number of filings," Haynes & Boone said. 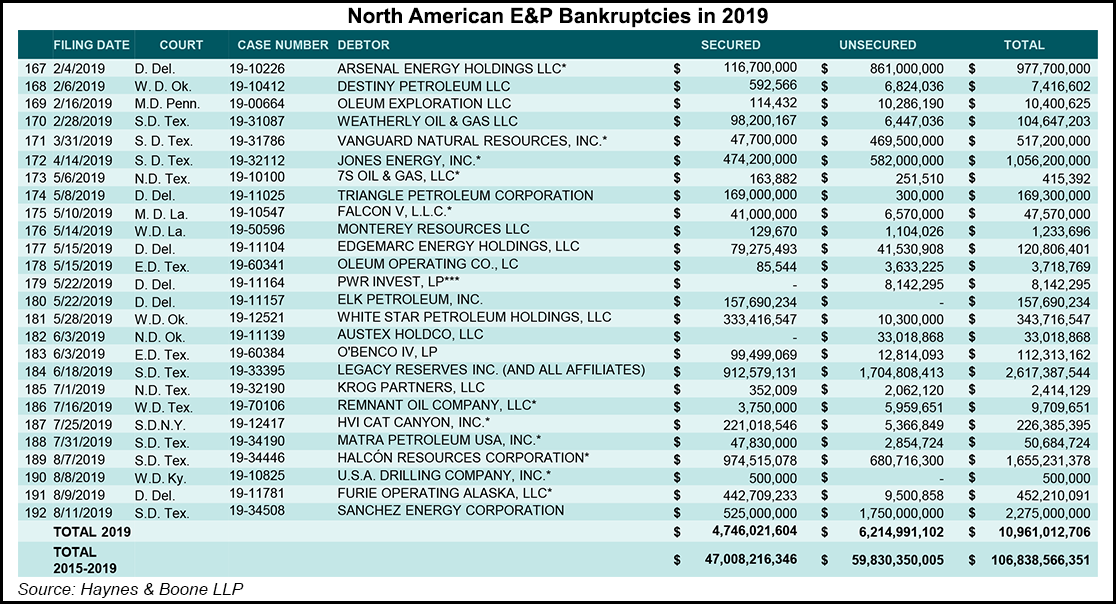 Oil and gas prices have remained depressed for 2019. 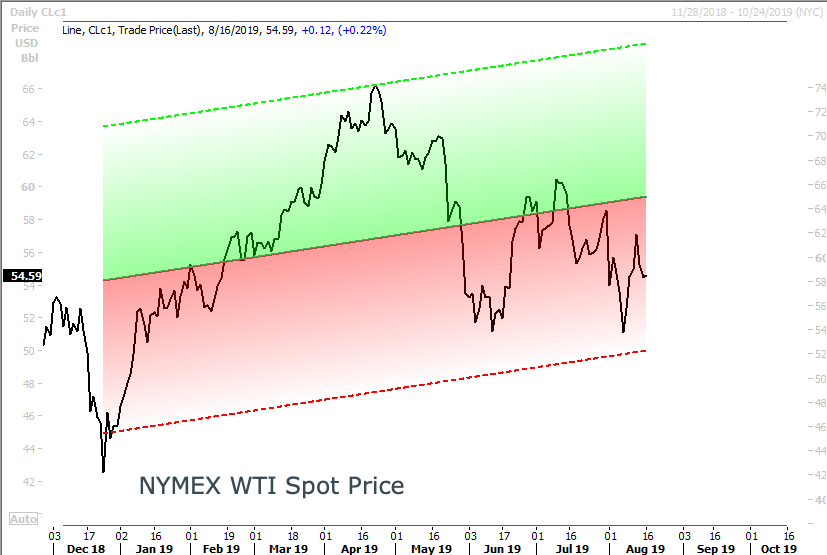 The law firm said it's hard to tell if a new bankruptcy wave is imminent, but said, "some stakeholders may have given up hope that resurgent commodity prices will bail everyone out," especially operators who have been on the verge of bankruptcy.

"For these producers, the game clock has run out of time to keep playing 'kick the can' with their creditors and other stakeholders," the firm warned.

Buddy Clark, a Haynes & Boone partner, told Reuters that many of 2019's bankruptcies are pre-planned, Chapter 11 restructurings, where creditors agree in advance on restructuring plans.

"I don't think you will see a lot of Chapter 7 (liquidations)," he said. "When you see Chapter 7s is when there are no assets left. Typically, there are always assets left."

Natural Gas Intelligence believes a bankruptcy wave for the upstream sector could be nearing. This is because operators across the country have been scaling back since oil crashed -44% in 4Q18. Producers have been faced with margin compression, high debt loads, and oversupplied markets so far this year. 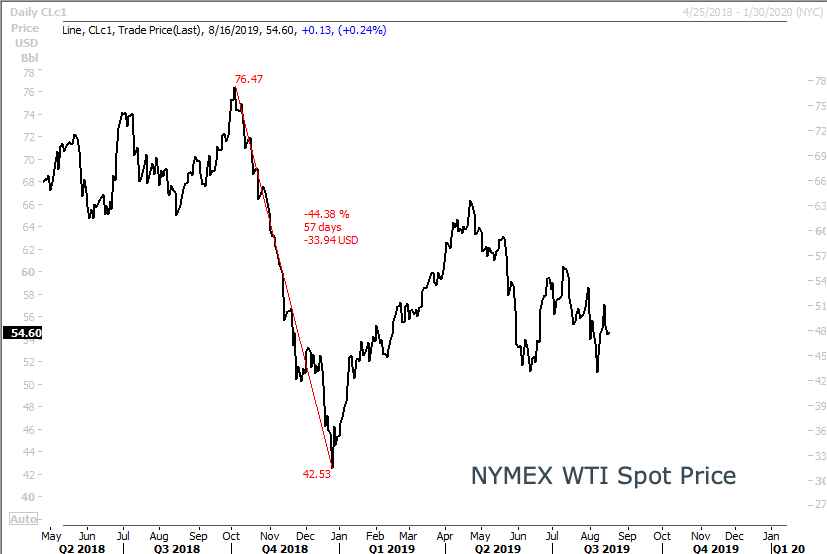 Haynes and Boone said 22 oilfield service (OFS) companies have filed for bankruptcy since last year, most notable was the bust of Weatherford International last month.

The midstream sector has so far weathered the slowdown without the same financial stress of the upstream sector.

Haynes and Boone recorded 192 E&P bankruptcies since 2015 totaling $106.8 billion in debt and recorded 185 OFS bankruptcies involving $65 billion of debt over the same time.

And with SocGen's Albert Edwards warning about a deflationary bust, it seems that the inflation downturn could force commodity prices much lower, could kick off the tidal wave of energy bankruptcies during the 2020 election year.